Since Disney began making their live-action remakes, there have been some rather disgruntled folks among us. Funny how something that to me says, “best day ever” is such a thing of negativity to others.

…but everyone is allowed to have their own opinion. This is a free country after all, and that needs to be the top thing we remember when in the discussion.

Still, it is my opinion, that the people who claim that Disney is ruining their childhood need to lighten up. 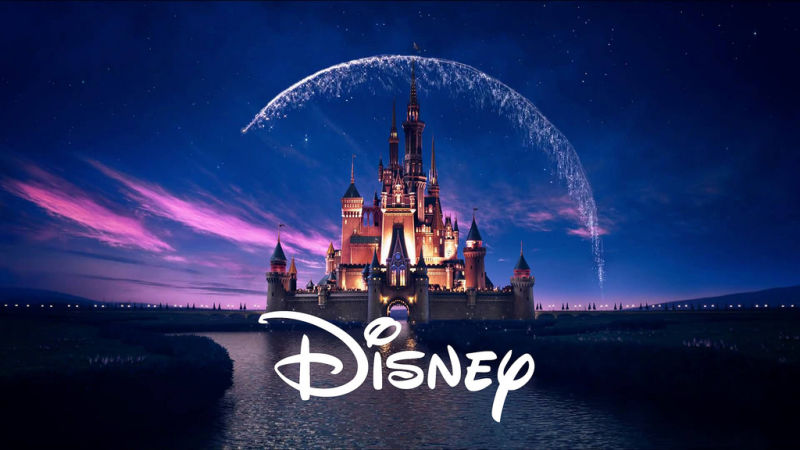 A friend of mine expressed her opinion on the same subject. It’s an awesome blog post, please check it out if you are also a fan of these live-action remakes. And if you are not, maybe it will show you the perspective of someone on the other side.

Like my friend says in her blog post, I also did not grow up with this magical Disney childhood that so many other 90s kids did. I was not raised on princesses, Robin Hood, or Mickey Mouse.

I actually grew up on PBS, cowboy movies, animal/nature documentaries, and Veggie Tales.

But, I did watch The Jungle Book. That was MY Disney movie. Maybe that’s why I love jungles so much. And animals. I’m actually far fonder of the wild Disney movies like The Jungle Book, The Lion King, and Tarzan. Don’t ask how many times I have seen Tarzan because I have lost count by now. I never tire of that movie and I would absolutely adore it if Disney would do a live-action, musical version of that film. It’s gorgeous.

As I said above, The Jungle Book was my Disney movie. My older brother and I used to dance around the house singing “The Bare Necessities”. Bagheera was my favorite. He is the unsung hero of that story, the panther who doesn’t get to be the “cool parent” but has kept Mowgli alive and loves him like his own child. It always seemed unfair to me as a kid that Bagheera was made to look like such a drag while Baloo got to play and get all the accolades. I’m pretty sure that’s where I fell in love with panthers and jaguars as well.

When I heard they were making a live-action The Jungle Book this was my reaction.

Are you serious??? I GET TO RELIVE SUCH A PRECIOUS PART OF MY CHILDHOOD IN A WHOLE NEW WAY!!!

I took my baby sister to the movie for her 10th birthday.

We were utterly enthralled.

I expected it to be good, but I never expected to love it even more than the animated one! It was so rich, deep, and meaningful!

It took the story I had loved as a kid and made it human. 3-D. What was once a cardboard cutout was now a walking, breathing story!

I had never considered how tough it must have been for Mowgli to reconcile who and what he was when growing up with a family that was so different. I wonder if there are adopted children out there who were actually ministered to by watching this movie.

“Yes! Someone got it right! That’s how I have felt my whole life!”

Bagheera was so beautiful, his deep care and love for Mowgli were given a place of honor and respect. Baloo was perfectly obnoxious, just as he should be. Shere Khan was freakin’ terrifying! I did not see Akeeva’s death coming, but it scared me! I felt like we had crossed a line or something and I didn’t know who was going to buy it next!

The world was so rich. It was beautiful, layered, complex and yet straightforward. They created actual cultures for these animals that mingled with nature. King Louis was also terrifying. My mom instincts were kind of firing this entire movie as I watched this beautiful, brown-eyed boy (I’m a total succor for little boys with big brown eyes) battle for his life.

The music I had so loved in my childhood movie was woven in delicately to a story that had taken on so much more life. Mowgli as a character showed true growth, maturity, and bravery, and his growth changed the entire world around him.

*I actually love this one MORE than I love my animated one. I can be talked into watching this movie at the drop of a hat. You name it, and I’m there!

Which brings me to my point…

These live action remakes are not about stealing the joy and identity we had in our childhood, they are about taking it to the next level. We are NOT losing what we had, but rather becoming more of who we are!

When I was 5, I was me. I liked variety, art, playing pretend, and movies.

Guess what, at 22, I’m still me, I’m just a deeper me. I’ve got more layers, a larger story, more colors fill my past, more emotions, more experience. I love variety, art, playing pretend (in my imagination) and movies. I also love relationships, people, running my own business, the world, and history. I’m me, but me 2.0.

Don’t you see? These live-action films are not stealing something away, they are giving us a greater gift! We loved these movies in our childhoods because they ignited our imaginations, they gave us courage, life lessons, dreams, they taught us to wonder!

Maleficent showed us there are two sides to every story. It taught us about love in a new way.

Cinderella showed me why Ella had such courage, and it showed me WHY Prince Charming was worthy of that title. I’m glad to know because I’m looking for my own Prince Charming, so that’s useful information. It also taught me about forgiveness. Whew, that’s deep!

The Jungle Book is the struggle of a boy reconciling with an animals’ world. Where does he fit into it? How does he become a man without destroying what he loves? And so he actually becomes a man!

Beauty and The Beast. Why is Belle so different? Does she ever feel different? What is the town’s problem with her? Why did some enchantress sic a curse on a kid? How are the servants so dadgum cheerful all the time when their impending doom is upon them? The truth is, yeah, Belle IS different and she really feels it. She’s lonely. She’s aching over a mother she never knew. The Beast was a grown man who was capable of making better decisions, so, that’s a relief. The truth is the servants have beautifully hopeful hearts, but there is grief, oh! Such deep, deep grief over what they have lost and what they stand to lose.

Beauty and The Beast gave me the gift of grief, which made the discovery of joy that much more beautiful.

What a gift. What a gift. To be reminded of who we are, but also to be given more. We are older now, hopefully, wiser, and we have room for even bigger lessons to fit into our hearts.

I have yet to see Christopher Robin, but as a child who grew up on Winnie the Pooh I know I’m going to love it. The gift Pooh and his friends gave us was the gift of valuing the things and people that really matter. The little things, the simple, extraordinary, earth-moving things. And Pooh gave us the gift of wonder.

Dumbo is going to be beautiful. It’s going to teach us to fight for what we love. To see value in people that others have cast aside.

Aladdin is going to thrill my soul. It’s going to show the struggle of a boy who has been nothing his whole life rising to the occasion to build a life for himself and for a woman he loves and cherishes. It’s going to show a young woman who is in a strategic place of influence but is also trapped by tradition and expectations, and she has to navigate the situation in a way that takes care of everyone she is responsible for.

I teared up when I saw The Lion King trailer. That story is timeless and applicable to everyone. Our place and purpose in this world matters. We cannot let evil drive us away from that.

Mulan is going to be a dramatic story about a woman fighting a life and death struggle for her nation, and doing it with a threat of death hanging over her own head. Talk about inspiring!

My friends, my dear friends. Unclench your hands, and open your hearts!

It’s fine if you want to love the animated ones more. This is a free country, you can like and dislike what you want. I may see one of these live-action films someday and think, “Nope, that wasn’t my cup of tea.” I am not making a law for myself that I MUST love each one of these stories more than the original.

But consider what is being presented to us. Consider the fact that Disney GAVE us these stories in the first place, they know how precious they are to their fans.

So enjoy your animated movies, enjoy the heck out of them! Share them with your kids, build precious memories! But don’t walk around feeling robbed and angry, embrace the time we are in now!

That is my opinion. Disney is giving us more than just the bare necessities, they are giving us a whole new world.