…I looked at him, and I saw myself.

I know this is what Hiccup felt when he saw Toothless, but it’s an apt description for how I felt as well. I looked at Hiccup, and I saw myself.

15-16 years old, same age as Hiccup, I was at the beginning of a pretty horrible 5-6 years. I was sitting on my bed checking out this movie, How To Train Your Dragon, that everyone seemed so excited about. If I liked it, I’d show my family.

And I saw him. I saw a boy, an adorable boy. A boy who felt out of place in his world that only valued things he was not able to achieve. He didn’t know who to be, how to be. He was lost.

But I also saw what lay beneath the surface, hidden below the aching loneliness and insecurity. A deep gentleness, his art speaks of that. A thinker, a planner, an inventer. And a friend.

The key to why How to Train Your Dragon is so special is not because there are dragons. Not because of the animation (which is breathtaking). Not because of the voice cast. Not even because of the amazing music. Music that I have listened to over and over again, sometimes during the hardest or emptiest moments of my life because it gave me hope and courage.

No, the key to How To Train Your Dragon is relationship.

That is the sole foundation, the common thread, the stone upon which the story is built.

How to Train Your Dragon is the story of a remarkable friendship that not only shapes two remarkable individuals but also changes the course of the world’s history.

I felt like I was drinking from the fountain of youth during the scene where Hiccup and Toothless first bond. The colors, the movement, the soul! The connection of two characters who find not only belonging with one another but healing as well. It was so beautiful it made my heart thirst.

I was in tears when Toothless and Hiccup flew for the first time. Yes, of course, the music is triumphant, but they are free. So free. Out there in that wild wind and ever-changing and alive sky. That moment captured things in my heart that had been burning for as long as I could remember.

At that time in my life, like Hiccup, I wanted to run away. I felt trapped by my circumstances, by the strife in my family, by my own body as crushing anxiety caused terrifying symptoms to exhibit themselves. School became this heavy burden that I felt inadequate to bear. I wanted to leave, to find purpose and adventure somewhere else!

That was 6 years ago. In the time in between, somewhat like Hiccup, I have lost a parent through a divorce and the climax of decades of pain. I’ve had my world turned on its ear countless times. I’ve had to grow from child to woman under some very difficult circumstances.

And yet…I’ve learned to soar.

I always wanted to be free. As a child and teenager, I used to have these dreams where I found a stretch of rolling green hills. I knew that those hills ran on and on and on, into the wide open space of the West, into mountains and big skies. In the dreams, I would take off running into that world, nothing but me and miles of freedom. I could leave my problems behind me.

Running away. It would have been easy for Hiccup to jump onto Toothless’ back and take off into the sunset, never to return. He could have become a dragon-person like his mother, living apart from the human world. It was too hard to bring change, too hard to go against the grain. Too hard.

Hiccup does consider running away, but he is halted by the future love of his life, Astrid (a love story that deserves more attention on another day). Astrid has a way of calling the man out of Hiccup when no one else can. Not just the Man, the Chief.

For that is who Hiccup is meant to be, he is meant to be a chief. A king, a leader, a pillar of strength for his people. This is who he is destined to be. Who people need him to be.

Valka (Hiccup’s mother) had a very similar heart to her son, but she lacked his courage and determination. She lacked his hope. Valka never chose to return to her family and village, thus robbing them of the life and change she could have brought.

I had/have people who needed me to. I too have a destiny. And that destiny does not come in the solitude of those rolling green hills of my dreams. Hiccup finds freedom right where he is at, and because he stays and steps into the responsibility of who he was made to be…

…he changes the world forever. 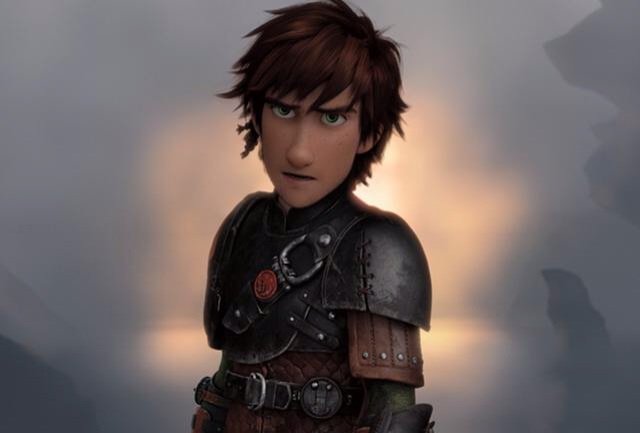 I did too. I stayed. It felt like death sometimes, but I stayed. No, I hadn’t actually been planning on hopping on a plane to run away, but I was toying with the idea of running away in my heart. Checking out. Leaving it all behind to set off on a “grand adventure”.

Oh, what I would have missed. I might have missed changing the world forever.

I’m free now. I have found the freedom I was looking for in the Heart of My King, My Abba Father. This thirst for the wild, alive skies? The rolling green hills? The adventures? He put those things inside of me, and now I know I do not have to run away to find them, I just have to run to Him.

I also found myself, in Him, in His freedom, in my relationship with Jesus and the relationships I built, I found me.

I’m a lot like Hiccup. I’m a peacemaker, a strategist, a warrior, an artist, a thinker, a friend…and a leader who thrives on connection.

Hiccup is the kind of leader that I aspire to be. He does not lead out of a desire for control, he leads to make a difference. People are drawn to Hiccup because he lifts them up, he brings fresh ideas and purpose to the table, and he draws the best out of everyone around him. Hiccup is a redeemer, he gives second chances and forgiveness willingly. 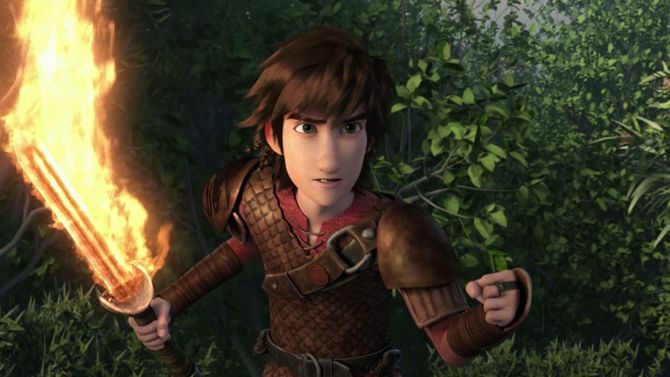 We get to observe this type of leadership more so in Dragons: Race to the Edge the series on Netflix that takes place between HTTYD 1 and HTTYD 2. If you have not watched this series, I highly recommend it. It’s in this series that we watch Hiccup go from being a boy to becoming a man. A king!

You have the heart of a chief, and the soul of a dragon.

His mother is right. Hiccup is a noble leader with a fierce and gentle heart. It’s a long and often painful road that leads him to become who he was meant to be. I can relate to that. If I had known what my life held for me I don’t know if I would have gotten in line. 😉

But I’m here now. I’m me. And I wouldn’t have gotten this far if it hadn’t been for the relationships and connections that upheld me to this point…just like Hiccup and Toothless.

Hiccup and Toothless were two broken people who needed each other to fly. The strength of their friendship as they walked through those hard years together is what enables both of them to walk their own respective paths when the time comes.

God is everything to me. He’s the air I breathe, the dreams I have, the plans I make, the colors I love, the gifts I carry, the bright future I walk into. My mom and siblings have stuck by me through thick and thin, and we have held each other up in the dark of night and the light of day. I have a wonderful group of friends who I have laughed and cried with over the years. My circle is ever expanding, my ability to influence for truth and love is ever-growing.

I love my life. I love my story, even the ugly parts. Because the person I was destined to be is beautiful and I am going to change this world.

Hiccup and Toothless began their story together as youths, but they part ways as kings.

However, unlike Hiccup and Toothless, my story is just beginning.

My relationship and connection with this story, with these characters has changed me. I am so sad to be saying goodbye, but I am so grateful for the journey. How To Train Your Dragon was and still is a powerful influence for good in my life.

One last battle. One last journey. A friendship to last a lifetime. See you at the movies.