If you haven’t seen the Avengers: Endgame trailer by now, then drop everything and take a moment to inhale this heroic humanity…

…the best part of this trailer to me is Steve and Nat.

I was originally very disappointed with Infinity War as I felt that everything was off.

For the large variety of unique and beloved characters the Russo Brothers had at their disposal, I felt like some characters were given all the spotlight while others (like Steve and Nat) were left backstage. Add to that the ridiculous melee that took place in Wakanda that was in complete opposition to that country’s entire infrastructure, I was unimpressed.

Some time has caused me to view a few aspects of the movie more gently.

No, there is no excuse for that ridiculous melee. Sorry, Mr. Russos’, there is no excuse. The most basic military strategy available is to NOT pile all of your warriors and resources in one big mass and yell “charge” at the enemy!

I don’t care if you have a Force Field or people with powers. It was a gross misuse of your resources and insulted my intelligence. You made it even worse by placing the world’s greatest soldier, Captain America, and the King of the World’s most advanced technological and military nation, T’Challa, at the head as leaders. 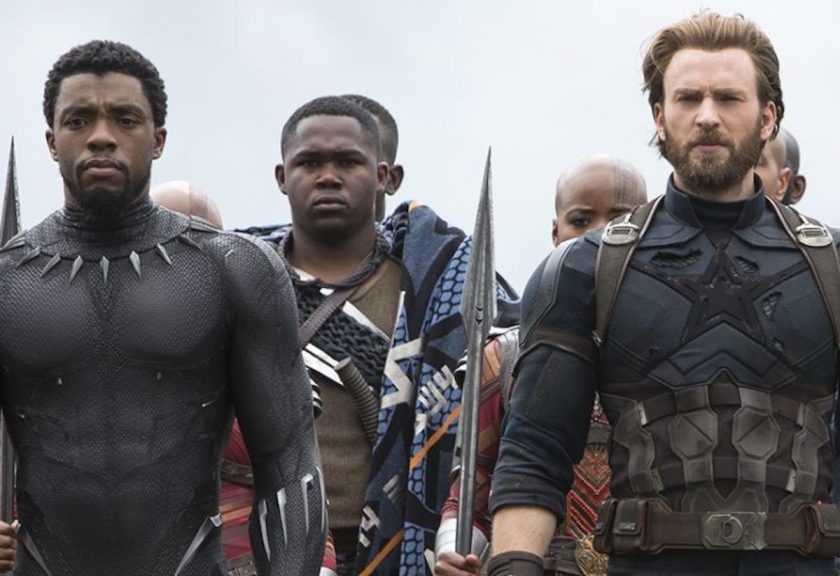 That was an insult. I don’t care if you thought it looked glorious, especially Thor’s stunning entrance, it was insanity and we all knew it. Here’s another article that shares some (not all) of my sentiments regarding this film.

I now know that showcasing characters like the Guardians, Tony Stark, Dr. Strange, and Bruce Banner was a conscious choice.

They are reactive characters and when something happens, they react immediately. Characters like Steve, Nat, Falcon, etc tend to dig in and deal with the problem at hand, saving their reactions and or breakdowns for after the fact.

Therefore, as was shown by the trailer above, and confirmed by an article I read, we will actually be getting more of The First Avenger and The World’s Greatest Spy, Steve and Nat, in Avengers: Endgame.

It’s been theorized and practically confirmed that time travel will be the solution to defeating the Mad Titan and getting half of the universe back. Actors have been spotted in their Battle of New York costumes from the original Avengers movie, which leads us to the conclusion that we are going to be blasting to the past to save the future.

Natasha: This is gonna work, Steve.

Steve: I know it is, cause I don’t know what I’m gonna do if it doesn’t.

These dramatic and beautiful lines come right on the heels of a quick scene where we are shown Steve looking at his old compass from the 1940s, the one containing a cutout picture of Peggy Carter, his first love.

Mixing this highly emotional moment with the idea of time travel obviously leads many fans to this question: after he saves the world (again) will Steve choose to return back to his original time and be with his first love for a lifetime? Will we actually get to have that dance?

First, on a practical note, both Steve Rogers and Peggy Carter have been major power players, forces of good in world history. To misplace them, to change their destinies would be to rearrange the Marvel Universe as we know it.

Peggy Carter’s story was continued in the brilliant series Agent Carter that was ended far too soon. Oh, yeah, Dear Disney, if you are looking for another pet show that needs a renewal on your streaming service, LOOK NO FURTHER THAN THE QUEEN OF MARVEL HERSELF! It’s ridiculous that this show hasn’t been renewed already. 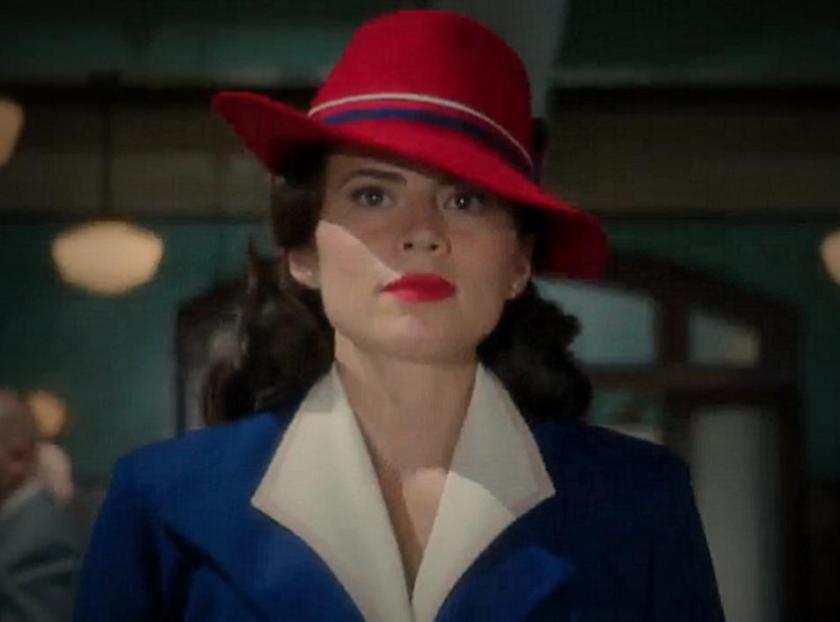 In the short 2 seasons that the show was allowed, we saw just what a huge impact Agent Margaret (Peggy) Carter was going to have on the world. She runs circles around literally everyone else. She’s faster, stronger, smarter, and has the best lipstick in the business.

Peggy would go on to fight Hydra as well as forces from other worlds her entire life. She created SHIELD. She was vital to keeping the world as stable and safe as it was by the time Steve awoke from his chilly beauty sleep. In Agents of Shield, Season 2 during Hydra’s big “coming out party” (contemporary to The Winter Soldier) it was revealed by high-level Hydra baddies that the one reason they hadn’t revealed themselves sooner is that they had to wait for Peggy Carter to retire.

They knew she’d kick their face in. So let that sink in, folks. Peggy Carter singlehandedly kept Hydra at bay for 70 bloomin’ years.

It is obvious that Steve Rogers will forever be a part of Peggy’s heart. Even as we watch her learn to let him go and move on with someone equally special and wonderful, we know that Steve lives on in her legacy.

The bond between Steve and Peggy is still deeply obvious in that beautiful and gut-wrenching scene in The Winter Soldier. Steve’s grief at Peggy’s funeral speaks of the still deep connection that is never going to end. We know how special these two were to each other, and how special they remain to us.

I don’t need to tell you all how different the world would be if Steve stayed in the past. We’ve seen that play out before our eyes.

My point is this…it just doesn’t work to change the timeline. I am an avid Flash fan, believe me, peeps, I know what I am talking about.

The story of Steve Rogers is one of triumph and tragedy. The thought of being ripped away from your entire world and everyone you hold dear is horrifying, to some, a fate worse than death.

But of all things, we know that Steve Rogers is not a quitter.

So he didn’t quit. He jumped back into the fight and kept going.

Steve has had a busy arc. He started out as the knight-with-shining-shield of his day, Captain America: The First Avenger. Next, he was a man out of time who tried really hard, Avengers. Steve integrated himself with the world following that event, Captain America: The Winter Soldier. He made some friends and kept fighting the good fight. But something wasn’t sitting right. He was told it was his problem, he needed to get with the program. Good thing Captain America is actually terrible at following bad orders because he ended up being right.

After that Steve wasn’t going to apologize for what he believed to be right. He also showcases a rather frightening belief that fighting is kind of his destiny. Avengers: Age of Ultron. There is no world for him outside of this never-ending battle. No picket fence, no wife, no mini Steves running around. It’s a natural place for his character to go. He’s tired.

Tony Stark to Peter Parker : If you’re nothing without the suit then you shouldn’t have it.

The above statement is a good one for any hero. Having seen Steve from his slim beginnings, clearly, we all knew that Steve Rogers is more than just a suit. But I think Steve needed to remind himself of that.

Avengers: Infinity War. We didn’t get much of Steve, but we saw was quite clear. He is not apologizing anymore. He’s going to take care of this world whether we like it or not. #hot And he’s still a really, really nice guy. He looks a bit tired, and yet, there is burning energy that wasn’t there before. Perhaps he hasn’t accepted the fact that his future is decided yet? It’s like he’s freshly alive, freshly awake…

Steve is not the same man he was in the 1940s. I believe he loved Peggy Carter with all of his being, but that is a past dream. It just a beautiful memory now. He still has the same noble heart, but he’s tread different soil. He’s got family here. He’s made a mark on the world, and he may actually want to stick around to appreciate it. 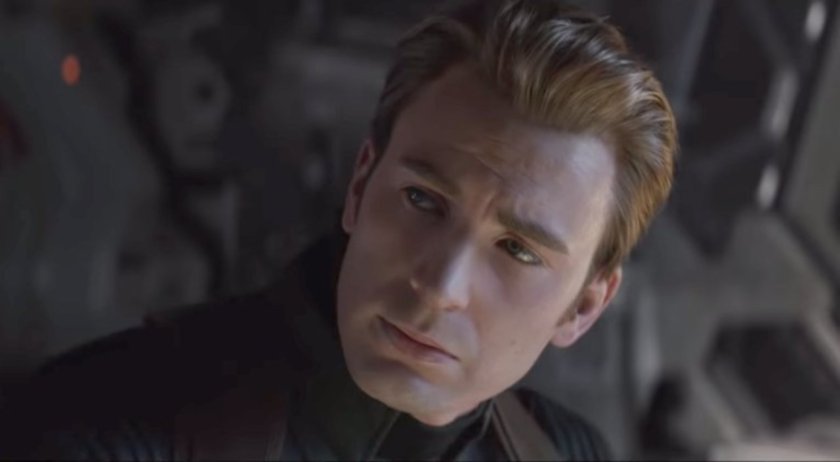 I do think we may finally get our dance scene. It has been teased before and we have walked away disappointed. Despite the fact that Steve needs to move on, it would be appropriate to have one dance with his best girl. I believe Nat (whether she is just a friend, or more) would fully approve. Heck, she’d help him fix his tie and take photos for him on the dance floor!

Life is not about trying to recreate every perfect and beautiful moment from the past. Our good memories are to be treasured, but life is about living in the here and now. It’s making the most of this moment that you are currently living.

If whatever “this” is actually works, and Steve makes it out (there are substantial rumors that he may not actually be leaving for good), Steve Rogers has a future here.

Characters have to keep moving forward or they become stale. Steve is moving forward, and if he has a future in this world, it’s going to be here and now with either Sharon or Nat (please be Nat, PLEASE BE NAT). 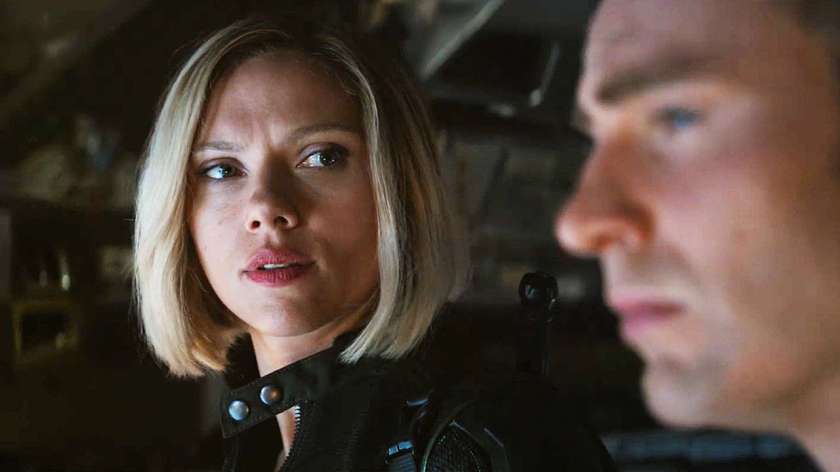 One thought on “Avengers Endgame: Steve’s Past, Or His Future”