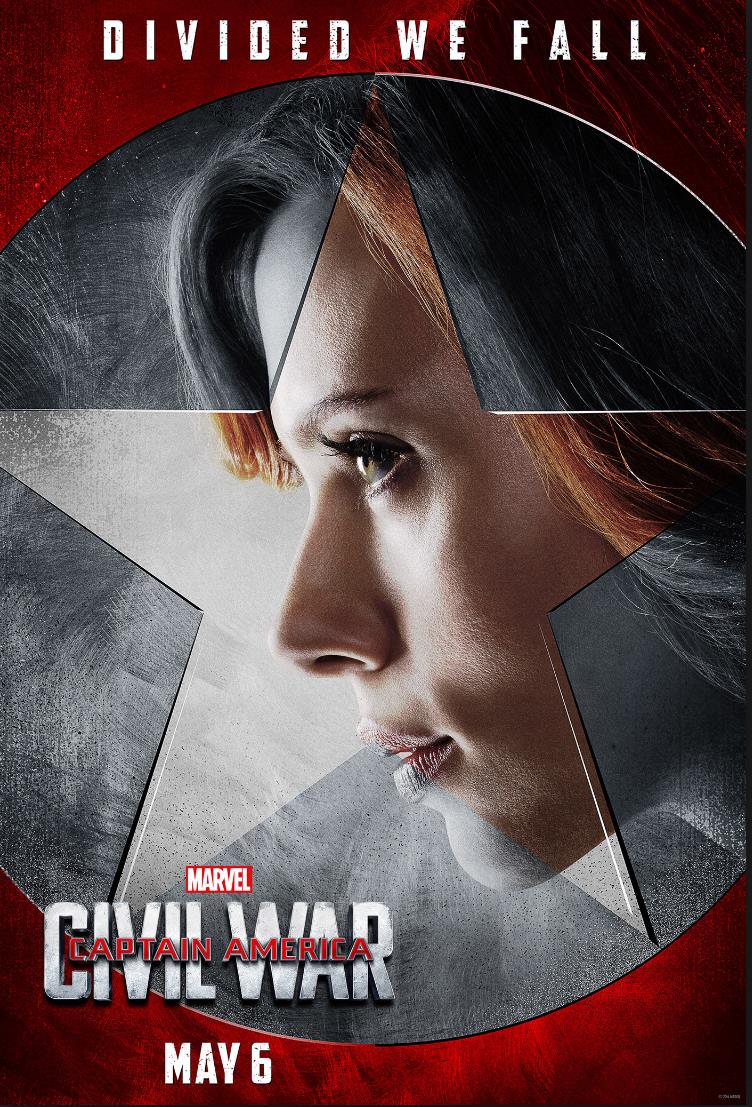 “The truth is a matter of circumstance. It’s not all things to all people all the time. And neither am I.”

“You know, it’s kinda hard to trust someone when you don’t really know who that someone is.”

“How about a friend?”

This scene is so amazing in revealing aspects of both Steve Rogers and Natasha Romanoff’s characters. Not to mention the lighting is just right (just take a look at Scarlett’s eyes!). Steve is the guy who always knows who he is and where he stands. Captain America: The Winter Soldier was the movie where Steve decided once and for all that he wasn’t going to let the world around him change who he was or what he believed. Even if he uses a cell phone now instead of a telephone booth, Steve Rogers is essentially the same man that he was in ’45. Good thing, too, otherwise he wouldn’t have been around long enough to star in Civil War.

This scene is incredibly revealing of Natasha as well. She appears chipper, throwing in cute smiles and digs about Steve’s good-guy mentality. But after some conversation, a bit of the veil drops and we see the truth of who Natasha is.

You can hear it in the soft and husky tone of her voice. There is an emptiness in both her eyes and her smile that break your heart just a little bit. She has an almost longing expression as she and Steve drive down a peaceful road in the warm, evening light. How much do you want to bet that the only person Natasha actually counts as being her friend is Hawkeye. And he is busy with a growing family, something that she knows she can’t have. You can practically see what is running through her mind as she talks to  this clean-cut and sweet guy who would like to count her as a friend. Why would he want her as a friend? Why would he trust her? Nat still feels pain for the bad things that she has done, her heart is still deeply grieved. And sometimes, she has trouble believing that she is worth anyone’s time, especially Captain America’s. After all, he’s the poster boy for goodness and doing the right thing.

(3) She’s scared. She’s been running to stay alive her entire life. Trust is a luxury she could never indulge in. And now, here she is yet again, running for her life with next to no one to trust….except Steve. But a life of mistrust cannot be switched over in a single moment. She wants to trust Steve and accept his friendship, but her finely tuned instincts are holding her back.

You know what happens next. Zola does his big reveal that Hydra is about to have their coming out party. Hydra sends a missile their direction and Steve saves Nat and covers her with his shield (an action that he also performed in The Avengers when fighting side by side with her #foreshadowing).

The next big Steve/Nat friendship milestone happens when they are cleaning up for breakfast at Sam’s. Seriously, by now how many of us dream of eating breakfast at Sam Wilson’s?

“I thought I knew who’s lies I was telling. I guess I can’t tell the difference anymore.”

“There’s a chance you may be in the wrong business.”

“If it was the other way around, and it was down to me to save your life, now you be honest with me; would you trust me to do it?” 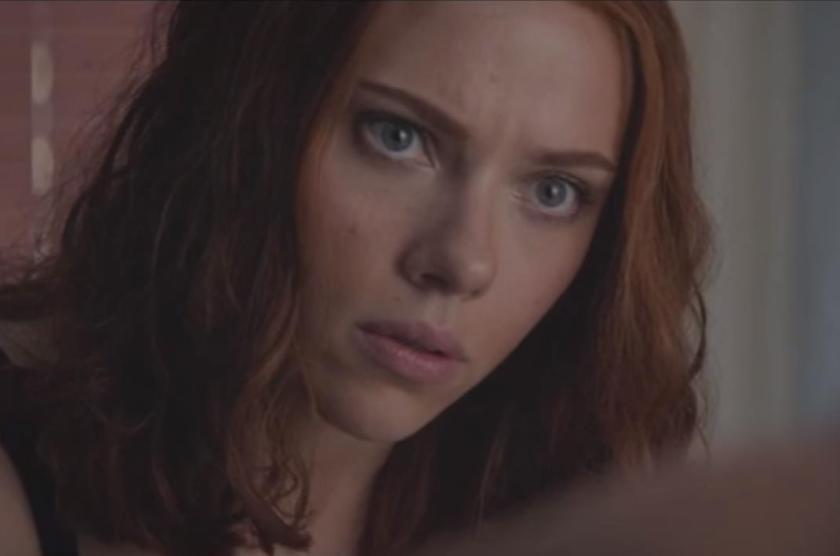 Take a moment to explore that look of shock on Nat’s face. Captain America just said that he trusts her with his life. Her.

In this moment one of the best friendships in the MCU is formed. I saw the beginning of it in The Avengers, and I have loved watching this friendship bloom. We have never seen the backstory behind Natasha and Clint’s friendship, that was something which was already established by the time we were introduced to their characters.

But Steve and Natasha we have gotten to watch the whole way through, from the very first, “Ma’am.” “Hi.” we have been present to see two very opposite, and yet, very similar people bond.

Honestly, when I heard that Widow was going to be on Team Tony, I was pretty upset. BUT WHY I wanted to know! That completely flies in the face of everything she and Steve have gone through together, he’s one of her favorite people in the world. He pushed Banner to give it a try with her, and she told him to ask Sharon out. She trusts him! And he trusts her! They both love each other dearly and are rooting for the other’s happiness and success.

So why the heck was Widow on Team Ironman? I actually answered that question earlier: she’s a survior.

It’s her instinct to survive, to adapt, to change faces in order to live to fight another day. When the Sokovia Accords hit the table her instincts kicked in. This is the best way to stay under the radar, to maintain a good image, to make people happy so they won’t cause further problems. She listened to her head first while trying to ignore her heart.

And yet, her heart wouldn’t leave her alone. She has come far enough by now that she has allowed herself to love people, to care about their well-being. The parts of her heart that the Soviets tried to sterilize have been awakening again, and Steve owns a piece of property in there.

Their entire interaction in this movie is one of two people who are highly attuned to each other. She comes to him at Peggy’s funeral because she doesn’t want him to be alone. He asks if she is OK before getting the details of the UN bomb. Despite them being on opposite sides, they still seem to dance around each other with cautious steps.

“You know what’s about to happen. Are you sure you want to punch your way out of this one?”

Funny thing, Steve and Nat never actually engaged in combat during the airport battle, even though she and Clint locked horns. Somehow, they managed to avoid it. I can’t even picture him throwing a punch in her direction, he’d rather have her hit him all day.

All throughout this movie we see Natasha struggling between her head and her heart. She wants to reason with Steve to bring him over to the same side that she is on, and yet, she wouldn’t respect him as much if he did change his beliefs. But she desperately doesn’t want to oppose him.

We also see her thinking, “Maybe something is missing here.” She’s too smart to completely buy into the idea that the Accords came about from only good intentions. So when Steve tries to tell Team Tony what’s really going on #assassins #stopbeinganidiottony guess who believes him first?

What happens next is the fulfillment and cementing of all of the Steve and Nat groundwork laid in The Winter Soldier. Bucky and Steve manage to make it to the hanger and the quinjet, only to be confronted by Black Widow herself. True to her sense of humor, she plays “bad cop” for a minute, but if you pay attention you’ll notice that Steve never really looks nervous. He almost looks amused. I can’t say the same for Bucky. 😉

Natasha proves her real allegiance with her next action: stopping Black Panther to save Steve and Bucky. #iknewit #natashaandsteve #takethatteamtony

Black Panther is literally the only person who came to this fight to kill. He doesn’t care about politics, and he has no happy past history with any of these people to keep him in check. He wants to kill Bucky and anyone else standing in his way. We saw Steve and Black Panther face it off a few times, Panther is very dangerous and could take Steve out.

We never needed to worry though, because Natasha’s heart and conscience won out over her head. And when it all came down to it, she’s not just Black Widow….

….she’s Steve’s friend. And he trusts her with his life. 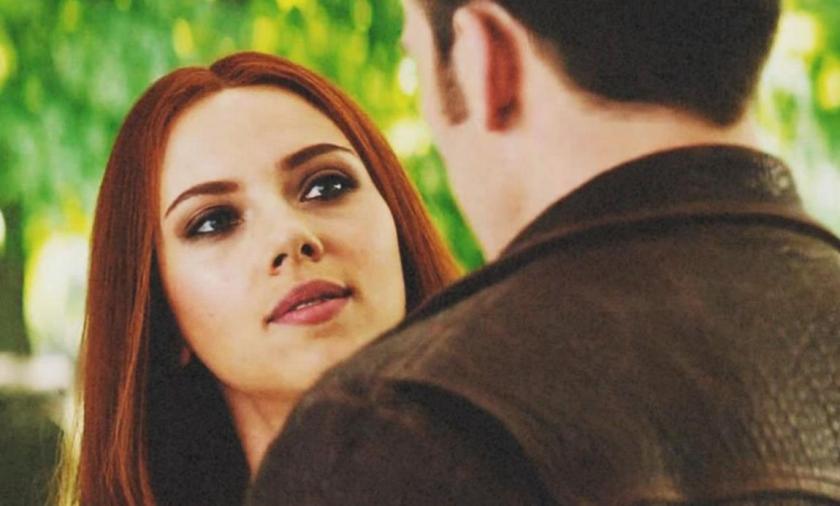 I absolutely love the character of Natasha Romanoff. She is one of the most interesting and three-dimensional female characters to grace the screen. She is not a stagnant character, but she has revealed multiple layers and grown so much as a person. She is strong and can be lethal, but she has a very tender heart and a hint of a femininity that is refreshing. I hope to write more on her in the future. I love her interaction with Steve (honestly, I was shipping them for a bit). But I almost think the friendship that these two unlikely pals have created is more fascinating and engaging than if they had become a couple. I hope to see them side-by-side many more times before all is said and done.

Were you surprised by Black Widow’s choice of teams? Were you shocked when she defected? Do you enjoy her friendship with Steve? Would you have changed anything?

If you liked this article, you will like these articles below!